As you know I recently dyed my Iplehouse Cocori (which I now renamed Shiera) cocoa brown. I gave her a face up which I thought was alright but a little dark. I wasn't sure if I could remove the face up without removing the dye so I let it be for a few days. Here's how she first looked: 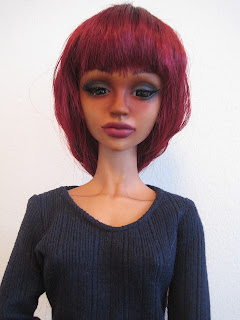 As you can see it's pretty dark around the nose and eye area as I rubbed off a mistake and it made a light patch. I tried to cover it up but it turned out pretty noticeable. I also heavily applied black eye-shadow which looked okay but I'm not sure if it's right for her character.

After a few days of wondering, I recalled that rubbing alcohol could remove the face up supposedly without removing the dye. With a q-tip, I tried a bit inside her head and it worked! After some scrubbing with added force, this how she looked with a bit of  make up removed. As you can see the pastels were really layered on as her undertone is very light. 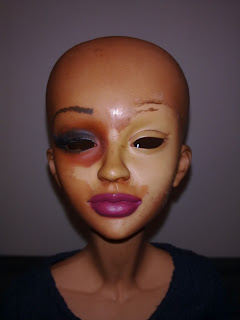 I liked her lip colour so I scrubbed around it which worked fine. After scrubbing for a while there were some stubborn areas like around the nose and forehead so I used a small piece of magic eraser and a bit of windor and newton. It works really well if you scrub lightly but be careful not to scrub too much because it will start to remove the dye. Here's her face wiped: 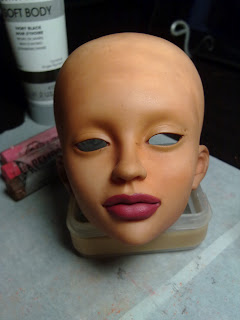 (Shiera back to square one)

After a quick rinse in water, I began to redo the face up. Everything went well this time except I'm terrible at applying eyelashes so I'll have to send her out to get them done. Here's picture of the finished face up: 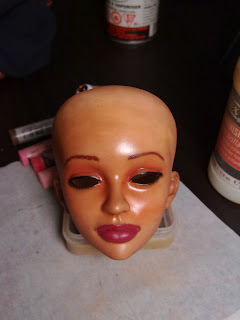 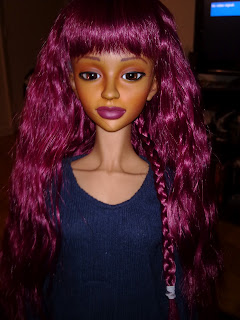 (Back on her body)

One of the main reasons why I like gentle cocori is for her eyes and I felt the first (well technically the second) face up attempt did not do her lovely eyes any justice! I'm much happier with this one and now know that the face up can safely be removed.
Hope this helps, until next time!