So I've had blogs in the past.. Trials and failures.. I'm taking a stab at this (again) with a nice clean slate. I'm going to try to write here at least once a week, one step at a time!

So let's get down to business, I've been interested in the doll hobby for a year now. I was introduced in April of 2011 while watching an episode of Danny Choo's "Culture Japan" where they had a visit to a doll factory. During most of his episodes he shows off his dolls in the background and I found myself being more interested in them. Since eight months of thinking about dolls, received my first doll part (head) in January of this year (2012) and the body in March. My first completed doll is a Dollfie Dreams from Volks. Her head is an HDD-02 and the body is a Dollfie Dream Dynamite (huge chest and derriere). I call her Tai Blüdhaven. 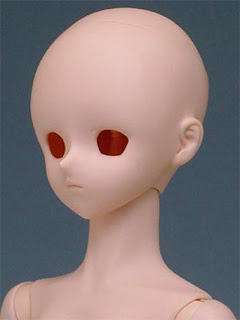 My second ordered doll is one of the dolls that I first saw while researching the hobby, Dollzone Cherry. I originally planed to order her later but Dollzone was discontinuing her along with some other dolls. I put her on three months layaway from April and now I have one more payment to go! I call her Reily Hamilton. 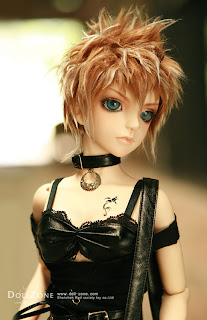 My third ordered doll ordered is the third doll I saw and fell in love with, Iplehouse YID Gentle Cocori. I never thought that I'd have a chance to get her since of the price and that Iplehouse discontinued the whole YID doll line. After a few weeks of being discontinued, Cocori and an other doll appeared back on the iplehouse website for sale (assuming some people cancelled their orders) in normal and white skin only. After searching the Den of Angel's market place for months for a tanned version of the doll, I bite the bullet and bought the last Gentle Cocori in normal skin two days ago. She's been shipped so I shall see her soon! I call her Raven Stone. 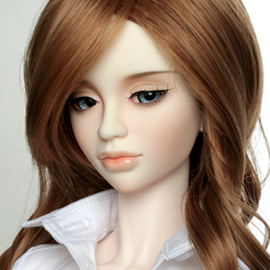 Now for my blog name, BJD Alchemist. First is because I like to be creative. I make all my dolls clothes, wigs and accessories and only plan on letting myself buy shoes. Secondly I want to make by dolls unique with and plan to mod them. Lastly I just finished watch Fullmetal Alchemist and Brotherhood so I'm still riding that high lol! My first doll Tai has modded eye holes, pierced ears, a sanded down chin, a modded bust piece, a cut and sanded down nose and was spray painted to be tan. As my other dolls roll in, I'll reveal my plans for them. Until then, here's a few pictures of Tai after her mods. 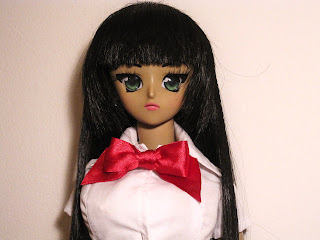 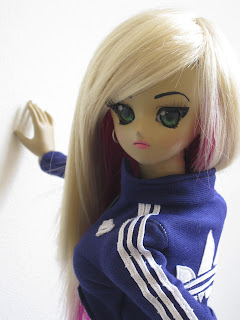