I hope we can stop meeting like this, lol! I need to give my girls more love and intend to do so in the near future.

I've also been following Danny Choo's Smart doll and can't WAIT to get my hands on one! Especially the tanned vinyl he's been developing! I'm liking the look of the male doll and have a character planned for when the tanned version comes out lol! Either way Volks has LOST my support! That's what happens when you don't listen to your customers!

Anywhoo here are some plans I have for my doll fam: 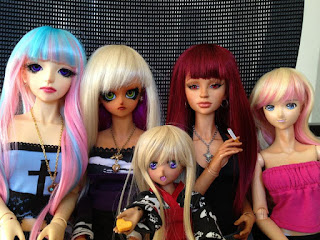 Reily: She hasn't reached her full potential but I know she will! Just a matter of finding the right wig and eyes. I'd like to try her in a darker look with lighter eyes maybe? More alternative? I'm also considering changing her body since I was never thrilled with the default.

Tai: Volks will hold me back no more! I plan to make Tai 2.0 with Danny's Smart Doll! Sadly Tai's current body is in shambles from taking her apart to paint/ dye soo many times :( It sucks but I learned a lot from the experiments and I hope I was able to help others with my findings.

Moku: She's pretty good, dye colour still going strong. Eventually I'd like to fix up her eye make up and probably play around with wigs and eye colours. 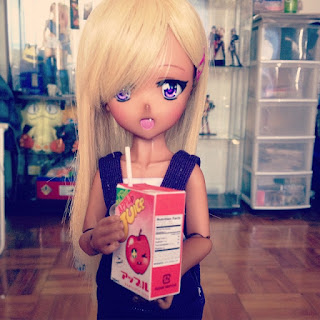 Shiera: I Love the way she came out! Her dye hasn't fade since it initially did the first time. I'd love to try an other wig style (same colour) and maybe play up her eyes? Either way I don't plan on changing her too much.

Selene: She has FINALLY received a new face up from the lovely Petit Papillon! I'd like to try some more coloured wigs on her. 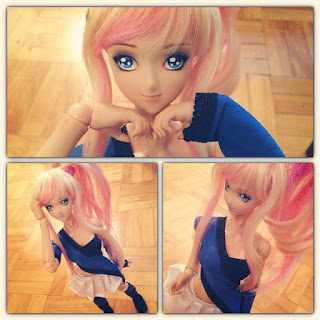 I've been thinking about ideas on how to bring my girls to life? Maybe some kind of photo/ video series? Not sure yet but first things first, I need to stay on top of posting.. UGH!

Until next time...(Sooner than later?)